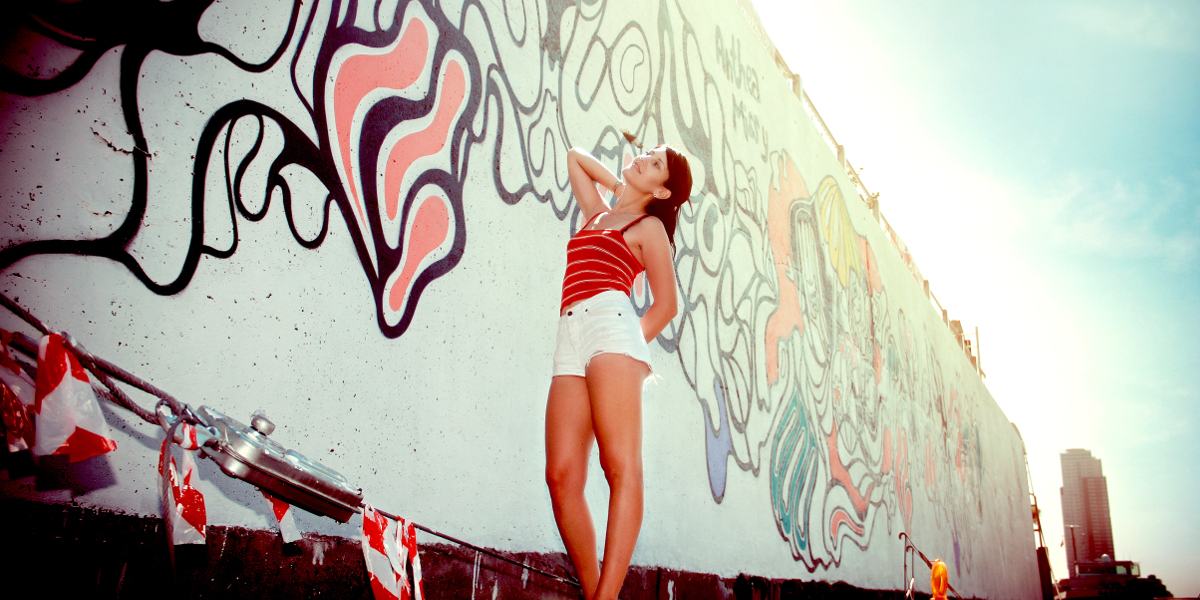 Anthea Missy is a French-born self-taught street artist currently living in Brussels. In 2014, she started exploring painting full time after she obtained a masters’ degree in business administration. Since then, she has been combining her two greatest passions: traveling and creating. The mix allows the two to blend and recharge each other. Missy’s art is underlined by her personal motto of Come as you are, a simple spiritual approach to life.  It heavily reflects itself on both her personal style and the way she treats her work upon its completion. Keeping that in mind, Anthea sets to create street art atmospheres rather than send explicit and direct messages. She aims to portray the character of a certain location. 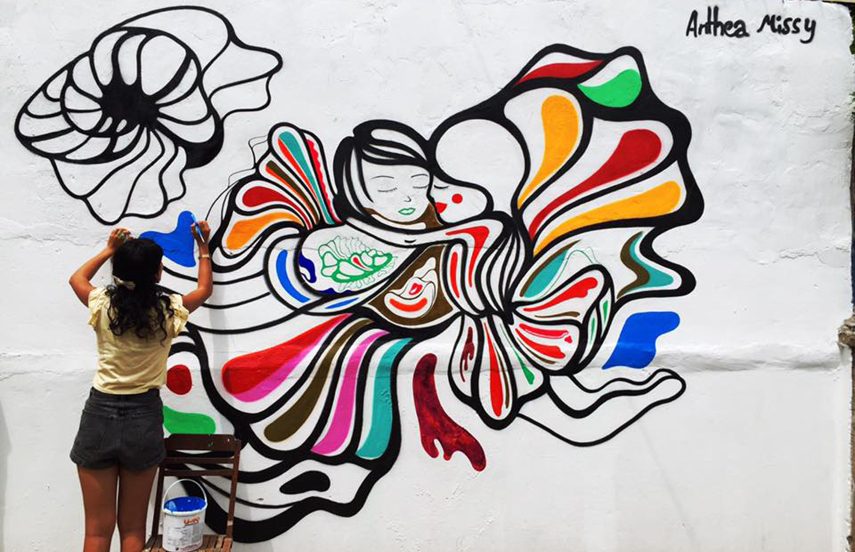 Anthea Missy – The Lighntess of Being, Phnom Penh 2015

A Girl Getting Herself Out of the Box

Ever since Anthea Missy was a child, she was interested in drawing and collage. Over time, these practices quickly became her hobby. After high school, she studied business and administration instead. Missy’s father encouraged her daughter to embrace her imagination in writing, drawing, and philosophical thinking. During her student days, her communication teacher bought his young pupil one painting before graduation and encouraged her to embrace a career driven by self-expression.

Soon, her travels were followed by her art expressions and Anthea has been developing her unique brand of work ever since . Nowadays, her pieces have evolved into a celebration of bold strokes that form round shapes. She’s keen on creating asymmetric and dynamic lace patterns, often emphasising contrasts. Her work is fluid and smooth, proudly embracing elongated lines and patterns. Anthea also searches for clarity and density with spray paint, liquid acrylics and paint markers. 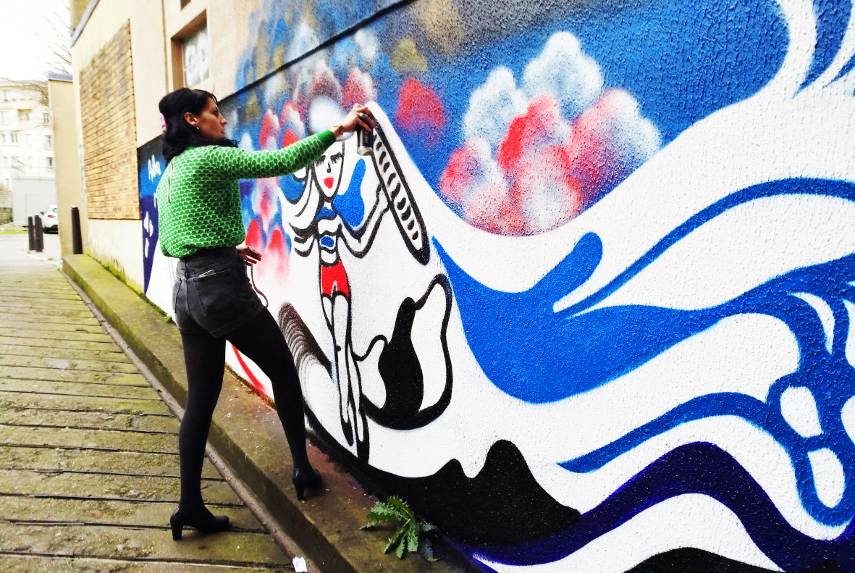 Anthea Missy finds inspiration in many different things, such as clothing and random people in the streets. Beyond that, what constantly influences her art are the pure concepts of love and freedom. The latter also plays a big part in her creative process – Missy enjoys spontaneous painting, inspired by the ideas of automatic writing that were initially developed by Andre Breton in the early phases of the avant–garde art. Of course, most pieces she makes are planned out before hand. Anthea just allows the moment to spontaneously change some aspects of the original plan. She’s inspired by keeping it simple, Japanese rules of art and  minimalistic concepts.  Her art is all about motion and it exploits the tension of diagonals and circular patterns. Her visual language owns a strong metaphysical dimension as it is evolving towards a more tactile set of sensations.

Driven by her numerous personal ideas and the desire to bring changes to the community, Anthea Missy uses her graffiti art to inspire possitive reactions from those who see it 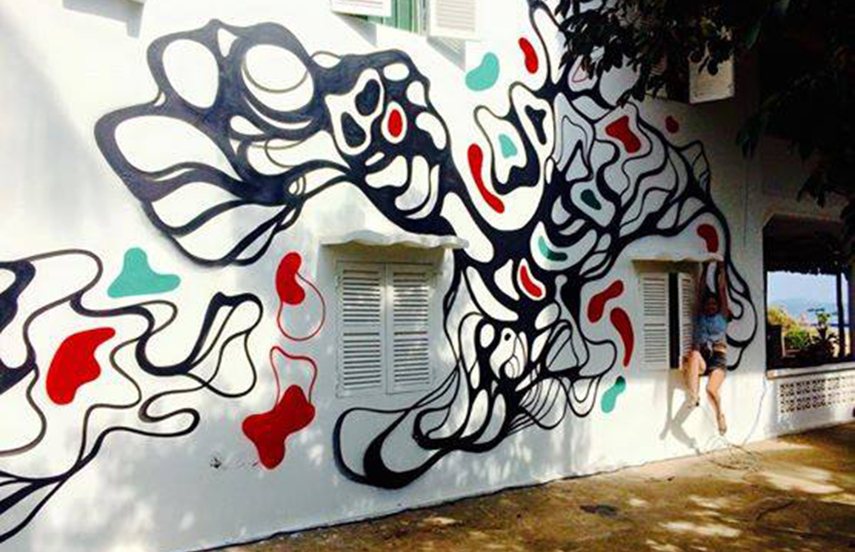 The Greatest Aspects of This Urban Painter

Anthea Missy spreads her art where she feels it can make a positive difference.  She’s influenced by community engagement and numerous personal artistic endeavors. This is evidenced by the following statement made by the artist herself:

” If I am able to engage the community in my endeavors, the picture becomes more than a visual, it becomes a human story.

If I can inspire others to do the same, take part, support, and connect together I have met my human objective as an artist. “

Additionally, one should not overlook the feminine contributions Missy provides to the urban art scene. Painting with heels and shorts, scrapping dirty walls, splashing paint over herself in her adventurous urban takes…

Featured image: Anthea Missy – Photo of the artist next to Kanal Karma, 2016- Image courtesy of Alex Valchev.
All other images courtesy of the Addicted Art Gallery.

Your Header Sidebar area is currently empty. Hurry up and add some widgets.